Buzzfeed and their partners recently released stories about a trove of almost 2,500 Suspicious Activity Reports (SARs) filed by banks with the Financial Crimes Enforcement Network (FinCEN) between 2000 and 2017. They included thousands of suspicious bank transactions totaling over $35B. In cooperation with BuzzFeed, the International Consortium of Investigative Journalists (ICIJ) published a dataset that includes detailed information on 4500 suspicious transactions.

Inca Digital’s investigation team correlated these transactions with blockchain and crypto market venue activity around the filing dates. By looking at the transaction sizes and timestamps, we matched senders (originator banks) and receivers (beneficiary banks) mentioned in SARs to specific blockchain addresses and business entities. Note that the below research is only circumstantial evidence meant to show supplement the work done by ICIJ and other investigative journalists. Still, from an intelligence perspective, the following should initiate a deeper dive into the data.

After aggregating and analyzing openly available data from multiple sources (ICIJ dataset, blockchain data, crypto market venue APIs, and natural language data), we found a number of suspiciously similar transactions. The slight differences in the transaction amounts are probably due to the differences in exchange rates and transaction fees. Below are just a few examples with corroborating evidence, indicating that the flagged participants are likely using Bitcoin.

On January 15, 2016, $1M was moved from the Bank of China’s account to Saigon Thuong Tin Commercial Joint Stock Bank, a Vietnam-based financial institution. One day prior to that, on January 14, 2016, a transfer of approximately the same amaount ($1,003,862.21061 at the time) was spotted on bitcoin blockchain to 3HNSiAq7wFDaPsYDcUxNSRMD78qVcYKicw. This address is known to have received funds from a drained Cryptsy hot wallet, a now defunct cryptocurrency trading platform with a website that went offline on January 15, 2016…and took customer funds along with it. Cryptsy’s CEO Paul Vernon claimed this was due to a hack, but was accused of stealing customer funds and is facing a class action lawsuit. 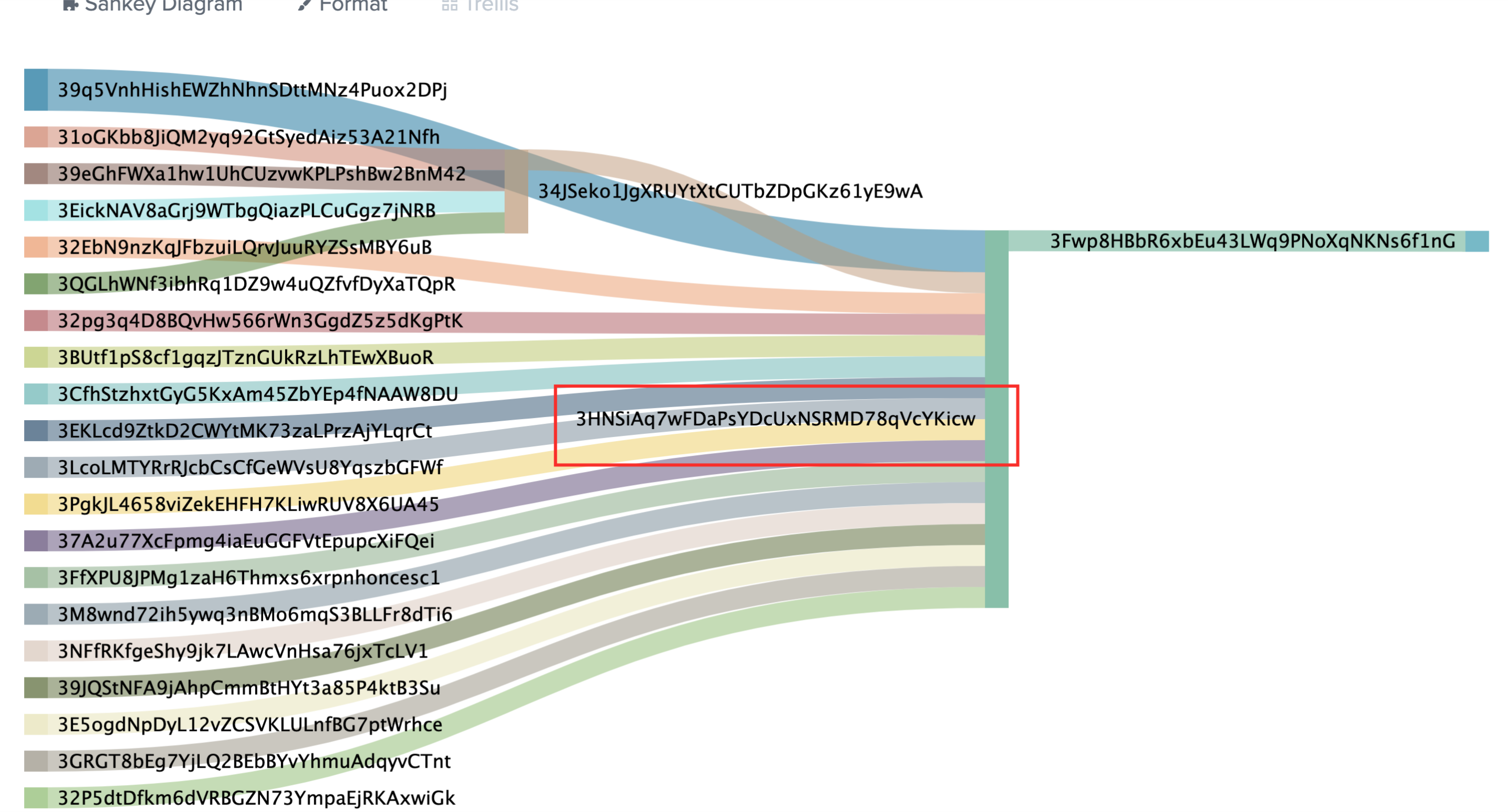 According to another SAR, Falcon Private Bank moved $1.9M to Meridian Trade Bank toward the end of 2016. Around the same time, a 2,500 BTC transaction was seen on Bitcoin blockchain.

On Oct 4, 2016, $2M was transferred from the Russian-based IFC Bank to Norvik Bank. The latter one is recognized by the crypto-community as a European friendly offshore bank. This Latvian bank transfer overlapped with a 3,405 BTC transaction on the blockchain. An equivalent amount withdrawal was made from the BitClub mining pool the day before.