Russia’s Digital Ruble is a CBDC designed to be an additional form of money equivalent to cash and non-cash rubles. Currently, the country is discussing the preferred architecture, model, and blockchain, and the government has already tested a CBDC prototype. From a technical standpoint, Russia has created a technical foundation for Venezuela’s CBDC (Petro), as we discuss further below. This suggests the country is in advanced stages of technological implementation.

From a technological perspective, the CBDC concept is unique because Russian authorities use other countries as guinea pigs to conduct their CBDC experiments. They provide a given crypto technology through independent companies and individuals, while Russian officials closely watch the pilot projects. Notably, Russia utilized such a practice with the Venezuelan Petro. Posing for pictures and posting updates on Twitter, Russian and Venezuelan government officials made little effort to hide their involvement in developing this oil-backed CBDC.

The new ‘Digital Financial Assets' law came into force on January 1, 2021. It is the government’s first sign of implementing a legal framework for digital assets. The law defines cryptocurrency as well as mandates self-reporting of crypto ownership and filing taxes of one’s crypto holdings. However, as opposed to the upcoming CBDC, it does not acknowledge cryptocurrencies as a means of payment.

Digital Ruble is a liability of the Bank of Russia. According to the official statement from the Bank of Russia representatives made on the press-conference on April 8, 2021, the preparation of the Digital Ruble’s regulatory framework will begin in January 2022. This process will include revising the current laws, as the Digital Ruble can not be defined neatly under the legal terms used until now––”cash” or “non-cash” rubles. The Bank of Russia will also focus on clarifying each institution’s responsibilities in regulating and maintaining this new currency.

The lawmakers view the introduction of a Digital Ruble in a positive light; as a way to help reduce AML/CFT/CFPWMD risks. Based on the preferred choice of CBDC model, either the central bank or similar financial intermediaries will be responsible for performing AML/CFT/CFPWMD procedures. Such considerations indicate that Russia is closer to achieving an overarching regulatory framework than it is willing to admit publicly. As an autocratic country, Russia is not overburdened by red tape and can move quickly to implement desired legislation. As illustrated by the recent changes to the Russian constitution, the government can implement significant changes to their governance in merely a few weeks while legitimizing those changes only afterward.

While digital asset legislation in Russia on any cryptocurrency other than the upcoming CBDC remains strict, the government has introduced new tax laws specifically addressing digital assets.

The involvement of Russian business entities in the creation of the Venezuelan CBDC supports an argument that Russia is actually in an advanced stage of technological implementation of its own CBDC. Companies like Aero Trading, run by a Russian businessman Fedor Bogorodsky, were involved in implementing a technological base for the Venezuelan Petro and can easily provide the necessary expertise to Russia and their allies.

Another Russian businessman involved with Petro was Denis Druzhkov. Mr. Druzhkov is an experienced trader and former CEO of Zeus Exchange, a Singapore-based hybrid cryptocurrency exchange operating on traditional financial and digital markets. Both Bogorodsky and Druzhkov are known for their ties to the Russian government. 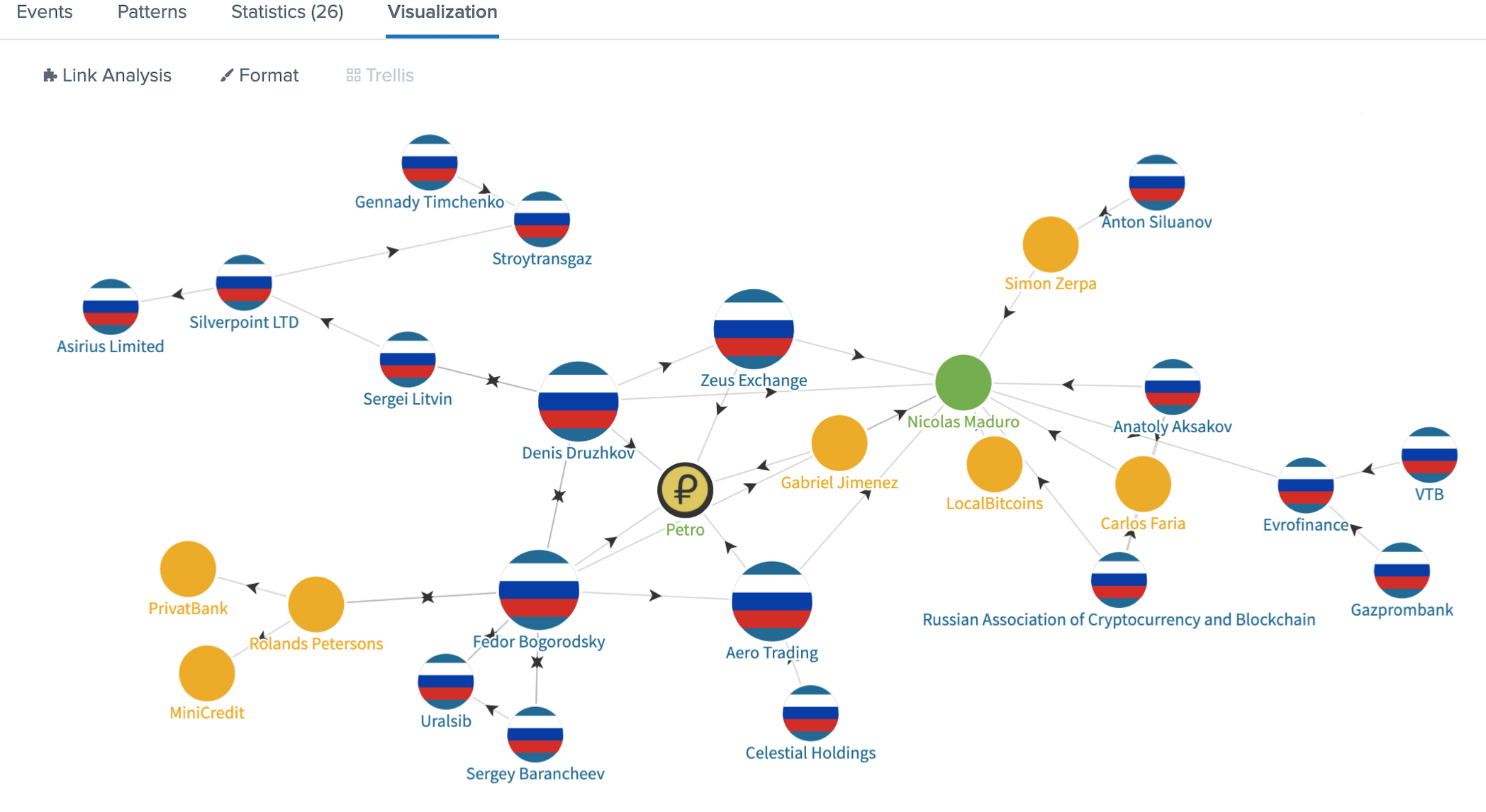 Maduro’s Minister of Finance, Simon Zerpa, publicly admitted to briefing his Russian counterpart Anton Siluanov on the progress of the Petro project. Additionally, when downloading the crypto wallet, early Petro investors could see a link to a Venezuelan government account at a Russian bank, Evrofinance, where users could send money to buy Petro.

With a functioning CBDC prototype technology and Venezuela’s feedback, Russia seems to be technologically ahead of many countries in the current CBDC race. The Bank of Russia has already chosen a hybrid model for its CBDC combining distributed ledger technology and centralized control by the Bank of Russia. There is, however, an ongoing discussion over the preferable blockchain for the Digital Ruble.

The Bank of Russia will build a platform for the Digital Ruble, which the commercial banks will be able to build into their own banking apps. The Bank of Russia will also create smart contracts on its CBDC platform allowing users to settle their own transactions. Apart from online transfers of Digital Ruble, there will be offline transfers available as well. For this purpose, users will need to open a second digital wallet and transfer the funds from online to offline wallet. For offline transfers, customers will use Bluetooth or NFC.

As of April 8, 2021, the Bank of Russia representatives stated their intention to create a prototype of the CBDC platform by December 2021. The pilot testing will begin in 2022.

The Digital Ruble is considered a form of Russian national currency that acts as a means of payment, measure of value, and store of value. It will be accessible via smartphone or any other device with a wallet on it, online or offline. A Digital Ruble payment from one wallet to another takes place in digital code, transferred from the payer to the payee. Users will also be able to move the Ruble from one form to another freely.

Russian citizens will be able to regularly use the Digital Ruble to pay for goods and services, pay taxes, and pay salaries. The government will also use it to pay for their contracts and it is planning to trace contract funds to control the way the recipient spends the money. To control the digital currency, the government may mark it with unique tags indicating expenditure’s permitted purposes.

Another trend in Russia worth paying attention to is the adoption of blockchain technology by state-owned enterprises. The state tightly controls all of these entities. Thus, they typically do not venture into new projects unless explicitly authorized by the government. Notable examples of state companies experimenting with crypto include: Sberbank, which recently applied for a license to issue its own stablecoin called Sbercoin, and Norilsk Nickel, a Russian nickel and palladium mining and smelting company which has already issued its metal contract-backed tokens and is exploring other blockchain technologies through its partnership with IBM.