What’s behind an index price?

Many intrinsic and extrinsic factors combine to influence prices for digital assets. As we observed of late, prices can be influenced by any of these factors at any given time. However, when considering investing in a given digital asset it is necessary to assess the underlying value of that asset with well-defined fundamentals. The intrinsic value of digital assets is assessed with fundamentals like company health, code health, and 51% attack cost.These fundamentals and more should serve as the bedrock of any valuation discipline and allow investors to assign numbers to their analysis without speculation.

The goal of this post is to advance the definition of just one of those fundamental metrics: the cost of a 51% attack on a digital asset.

In plain language, the 51% attack cost metric shows how much it costs to overpower network validators for multiple blocks to convince someone to accept a fraudulent transaction. For investors, the 51% attack cost metric helps them assess a project’s resistance to such a scenario. In proof-of-work blockchains, the success of a 51% attack is determined by mining consecutive blocks with high enough probability to justify the risks of using computing power. 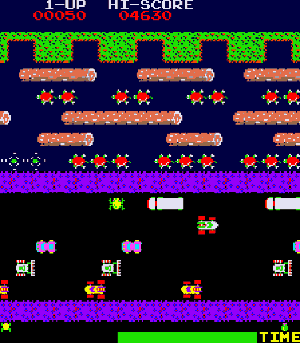 With this example, lanes represent blocks and the whole road represents convincing someone to accept a fraudulent transaction. Just as the frog can’t successfully cross the road if it doesn’t make it past one of the lanes, an attacker can’t leave orphaned blocks without arousing suspicion at an exchange.

In the digital assets space there is variation among 51% attack cost definitions with some popular definitions listed here.

Crypto51 data is built around the assumption that successfully executing an attack takes 51% of existing hashing power for 1 hour. Although this definition gets close, in reality it falls short in terms of fooling exchanges into accepting the falsified blocks, as described with the Frogger example.

Using Crypto51’s definition for Bitcoin, employing 51% of the hashing power for one hour might get you 3 non-sequential blocks and arise suspicion about orphaned blocks. For most reputable exchanges this would be insufficient for acceptance.

Investopedia broadly defines 51% attack as “miners controlling more than 50% of the network’s mining hashrate, or computing power”. From a technical perspective this definition is sufficient, but defining blockchain security fundamentals going forward requires an improved definition. For a 51% attack cost definition, number of blocks necessary and the time of computing power must be defined.

For Bitcoin, transactions are confirmed when they are followed by at least 6 successful blocks. Reputable exchanges oversee and accept transactions at intervals, and will hesitate if they see orphaned blocks or signs of tampering. All said, it takes about 10 minutes to mine each block bringing 6 sequential blocks to 1 hour of computing power.

51% attack cost is one of the important components of gauging blockchain network health. As the digital asset industry marches toward greater adoption, it is necessary to strengthen the tools and fundamentals available to investors. As such, the definition of 51% attack cost that includes the probability of winning 6 sequential blocks improves the usability of the 51% attack cost as a fundamental metric for investors.